SolveHR > Blog > Compliance > Form I-9 and Your Employees

Form I-9 and Your Employees

In addition to employment eligibility rules, IRCA also prohibits employers with four or more employees from discriminating against individuals based on national origin or citizenship status during the hiring, termination, recruiting or referral processes. Any refusal to accept legal documents during these processes is considered “document abuse,” and is strictly prohibited. Employers may be subject to penalties for document abuse.

Overview of Form I-9
Beginning May 7, 2013, employers must only use the new Form I-9, released on March 8, 2013. The new form and additional information is available at: www.uscis.gov/i-9.

Section 3—The employer uses Section 3 for rehired employees, if the rehire took place within three years of when Form I-9 was initially completed and the employer still has the previously completed forms. 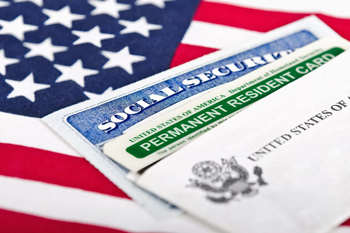 Completing Form I-9
Employees working less than three business days must complete Sections 1 and 2 of Form I-9 before beginning to work. If the individual is hired for work lasting longer than three days, the form must be filled out before the end of the third day of employment.

Employers can hire an outside business or contractor to verify a potential employee’s eligibility, but the employer is ultimately responsible for the contractor’s actions and the employee’s status.

Maintaining Form I-9
An employer is required to maintain Form I-9 in an accurate, reliable manner, and with integrity, so that no one makes alterations to the form without proper authorization. This applies for both electronic and paper storage.

An employer is allowed, but not required, to photocopy documents used to verify identity and employability. However, should the employer decide to photocopy documents received from one potential employee, it should do so for all potential employees. Before copying documents presented by new hires, employers should consider that storing copies of fraudulent or forged documents can be used as proof that the employer accepted falsified or forged documents. Also, storing a large number of documents takes up space and costs money.

Retaining Form I-9
Once Form I-9 is completed, employers are required to keep the form on file for at least three years from the date of hire for current employees, and at least one year after the individual leaves the company, whichever is later. Hard copies should be stored in alphabetical order in a folder specifically marked for Forms I-9, or in an electronic folder. Should an authorized official of the USCIS, the Department of Labor (DOL) or the Office of Special Counsel for Immigration Related Unfair Labor Practices request copies of the forms for any reason, the employer must have original forms available on location within three daysof the request.

Employers should set up a reminder system to ensure that they do not forget to obtain documentation and complete Form I-9 for all new hires. The reminder system should also help employers with re-verification obligations when employee documents certifying work authorization have an expiration date. In these cases, employers must re-verify the employee’s eligibility before the authorization’s expiration date. This requirement does not apply to Permanent Residency Cards (green cards), U.S. citizenship documents or any document from List B.

Employees without Documents
If a new employee is unable to produce the required documents within three business days of hire, he or she must present:

NOTE: This procedure is not applicable to an alien who indicates that he or she does not have work authorization at the time of hiring.

Employer Sanctions
Under IRCA, employers can be fined for not complying with Form I-9 guidelines, accepting fraudulent documents when determining employment eligibility or discriminating against individuals based on their nation of origin or citizenship status. Fines range from $110 to several thousand dollars, depending on the offense and the frequency of offenses.

Recently, U.S. Immigration and Customs Enforcement (ICE) has greatly increased workplace investigations, exposing more employers to penalties for noncompliance and making it more important than ever to take compliance seriously. It is important to conduct internal audits regularly to ensure your business is complying with the law. You may also want to consider consulting an attorney to review your procedures and forms to be as prepared as possible in the event of an audit.