Sexual Harassment in the Workplace 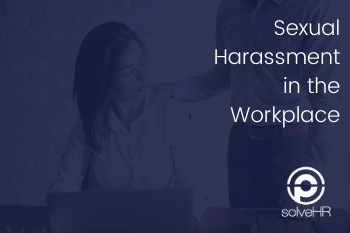 (This is a series of posts involving creating a more equal workplace. We hope to continue this series by expanding on topics such as discrimination, diversity, and gender in the workplace)

It has been roughly two years since the start of the #MeToo movement following the exposure of widespread sexual-abuse allegations involving high profile business owners, and government officials beginning in early October 2017. Since then, there has been active discussion on sexual harassment in the workplace and what HR professionals should do to ensure the safety and wellbeing of their employees.

Sexual harassment in the workplace is defined by Equal Employment Opportunity Commission (EEOC) as unwelcome conduct of a sexual nature that is persistent or offensive and interferes with an employee’s job performance or creates an intimidating, hostile, or offensive work environment. The EEOC notes that, although the law doesn’t prohibit simple teasing, offhand comments, or isolated incidents that are not very serious, harassment becomes illegal when it is so frequent that it creates a hostile work environment.

This week we will be discussing how HR can make the workspace safer for all employees, and also how sexual harassment should be treated in the workplace in a post #MeToo world

Before we get into how HR professionals can begin to prevent the damage that sexual harassment can create in an organization, we find that it would be helpful to look back at the movement that started this discussion, to begin with— the #MeToo movement.

The term “MeToo” was originally created by activist Tarana Burke in 2006 in order to promote ‘empowerment through empathy’ among women of color who had been sexually abused. Then in October 2017, The New York Times published an article about how Hollywood producer Harvey Weinstein had paid off sexual harassment accusers for decades. That same month actress Alyssa Milano tweeted: “If you’ve been sexually harassed or assaulted write ‘me too’ as a reply to this tweet.”

In the two years since the movement began, 201 prominent men have lost their jobs after public allegations of sexual harassment, in the year prior to the Weinstein report, fewer than 30 higher-profile people made the news for resigning or being fired over sexual misconduct. According to research from the Society of Human Resource Management (SHRM), about one-fourth of 1,022 managers have said that they have changed their behaviors in the wake of the movement.

Yet even with all the new discussions on sexual harassment, many employees find that employers are not doing enough. With 72% of U.S. employees saying that they are happy with their employer’s efforts, yet more than 1/3 of Americans believing that their workplace fosters sexual harassment.

New research from Gallup also says that U.S. men are less concerned than in 2017 about sexual harassment, with 53% of surveyed men saying that workplace sexual harassment is a problem and 46% of men thinking that people are not sensitive enough to harassment.

What HR can do

These figures place the employer in the position of creating a better company culture and reporting system that protects employees from harassment. The employer can’t decide whether to believe the employee but must take him or her at their word and give their due diligence in a thorough investigation that handles the situation with the best possible outcome for all parties involved.

Using the EEOC’s definition is a good basis for identifying harassment when it occurs. Some examples of inappropriate conduct can be, but aren’t limited too:

It should be noted that all misconduct can happen to all employees of any gender, and any reports of sexual misconduct should be reported to a supervisor or HR department.

If an employee feels that s/he is being subjected to sexual misconduct, s/he should immediately inform the harasser to stop. If the harassment does not cease, or if the employee is uncomfortable confronting their harasser, then they should go to a supervisor, unless the supervisor is the issue, then the employee should go to HR department.

Managers and supervisors must deal quickly and fairly with any reports of misconduct within their departments. They should take all complaints seriously, report all incidents to HR immediately, and take any appropriate action to prevent the harassment from continuing for the employee.

Are you struggling with managing your human resource needs? SolveHR offers several transactional and strategic HR services to help your business. Contact us today to find the right solution for you, so you can focus on what matters—growing your business!